The second single of Qamar Saleem, a senior financial executive-turned singer/musician, is out now and it is a tale as old as time.

“Ankaha” means “unspoken” in Urdu. This very soulful song expresses emotional upheavals within one’s soul from words that were meant to be said, but fated to be unspoken.

During these very turbulent times of pandemic and on this day, March 18, when the first ill-fated death from this virus occurred in Pakistan, Qamar has dedicated “Ankaha” to the families who lost their loved ones not only in Pakistan but globally.

“I dedicate this song to the families who were even denied a chance to bid a fitting farewell to their loved ones. It is a remembrance, as well as, a cry of anguish. It is also a heartfelt tribute,” says Qamar Saleem, who is currently working for a reputed international organisation in Singapore. 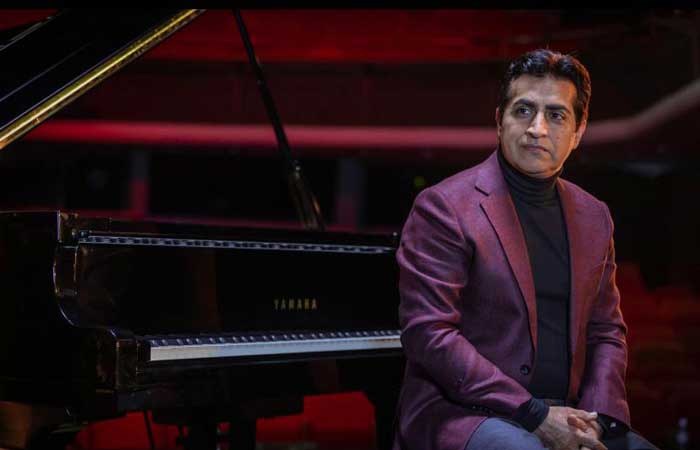 Qamar adds that “the song is a depiction of ‘Ankaha moments’ we all have in our lives and so many times we are unable to say what must be said in time. We may have harboured a deep love for someone but may have chosen to wait for the right time to reveal it; however, what if that moment never arrived and was irrevocably lost?”

“Ankaha” depicts sentiments that could not be uttered, fondness that remained unshared, relationships interrupted, and collective journeys that came to a sudden end.

Qamar adds that ‘the song is a depiction of ankaha moments we all have in our lives and so many times we are unable to say what must be said in time. We may have harboured a deep love for someone but may have chosen to wait for the right time to reveal it; however what if that moment never arrived and was irrevocably lost?’

The song’s beautiful lyrics are written by an accomplished lyricist, Peer Zahoor from India. The song also takes a departure from conventional norms in terms of the music video shoot setting; drama that unfolds as the song builds, lights that transition with the moods and scales that ascend as the pain elevates. The music video mesmerises you and transcends you into your own emotional journeys and you can’t help but recall the “Ankaha moments” that were lost amidst our own personal journeys.

“Ankaha” is second music video of Qamar Saleem, who has a successful career as a senior financial executive in Singapore. He completed his education at illustrious institutions like Aitchison College and LUMS in Lahore. Recently in November 2020 his debut single “Janaan” which made waves on social media.

Such was the appeal of his music that his debut song “Janaan” became a sensation crossing 1 million views on YouTube alone with covers from all over the world and viewership in over 50 countries. Encouraged by such overwhelming response, Qamar has now released yet another of his original songs “Ankaha” which is now available on all major streaming platforms.

While “Janaan” was a message of hope and staying positive, “Ankaha” is a message of solace reminding us not to wait to share our love and affection for those we love, and not wait for the right time as that time may never come. It is also just another way of telling who we have lost how much they meant for us through a melody that touches the heart from the beginning of the song, makes the mind travel back in time and breaks you down at “gham bheegi yadoon ka yoon sehnay de”.

“Music with a purpose, is how I would like to pursue this journey. Hence the songs I have released so far give a message of love and also remind us, especially during these unprecedented times, that what really matters is love and never withholding how we feel,” says Qamar.